Before diving in, here is a timeline showing a quick history of Microsoft web technologies: 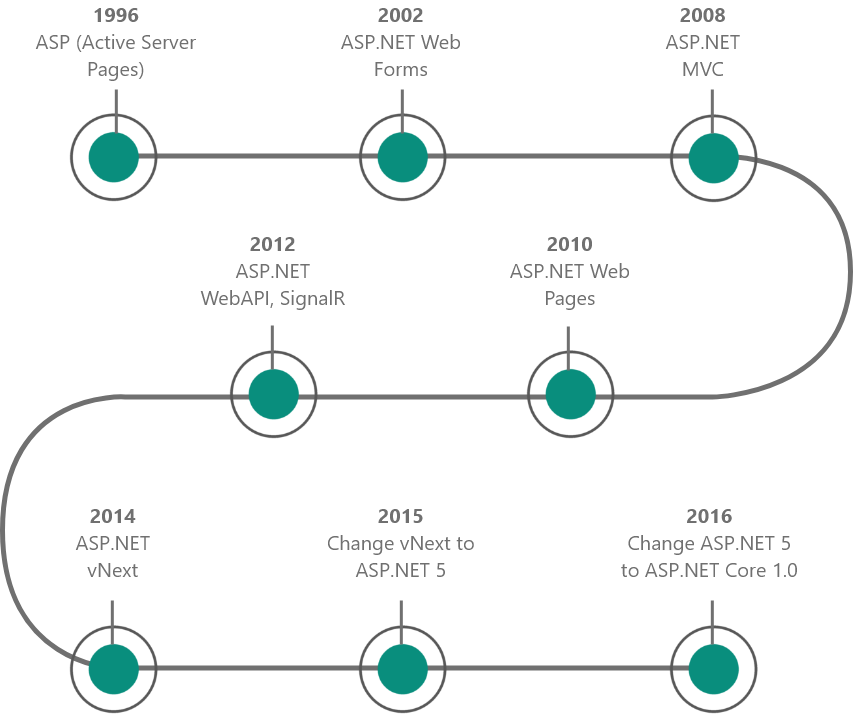 The formal OWIN definition in owin.org website is very clear:

Why the need for OWIN?

Before we go too deeply into what  OWIN and KATANA are and how to use them, we will discuss what led Microsoft to developing them.

There were challenges with ASP.NET Web Forms:

These challenges alongside the rapid development in web industry encouraged Microsoft to take evolutionary steps to enhance its web technology platform.

What was needed was a single hosting abstraction that would enable a developer to compose an application from a variety of different components and frameworks, and then run that application on a supporting host.

Why not host on IIS only?

So OWIN itself does not have any tools, libraries or anything else. It is just a specification. While both the OWIN specification and Owin.dll are community owned and community run open source efforts, the Katana project represents the set of OWIN components that, while still open source, are built and released by Microsoft.

To create an abstraction between Web servers and framework components

So, any code that follows the OWIN specification will benefit from many advantages. For example, this code will be modular and plug-able in the way that you can easily use it multiple times across many projects and within different hosts.

Host: The process that hosts the other parts( IIS , Windows service, Console application). It is responsible for starting every thing up.

Server: Responsible for binding to a TCP port, constructing the environment dictionary and processing requests through an OWIN pipeline. In IIS: Host == Server

Middleware: This is just a piece of code that the request passes on the way to and from the application. They can be used to inspect & modify both the incoming requests & outgoing responses.

Application: This is the part responsible for generating the actual response.
Technically, there is no difference between application and middleware except for the fact that the application short circuits the pipeline by generating a response, whereas the middleware alters the pass, the request or response.

Web Framework: This is not part of the actors, but is a set of middleware that plugs into the pipeline and exposes their own set of APIs for developers to interact with.

Here are some OWIN/KATANA training slides, which may be helpful. 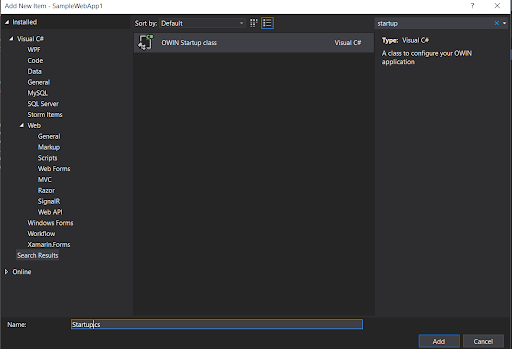 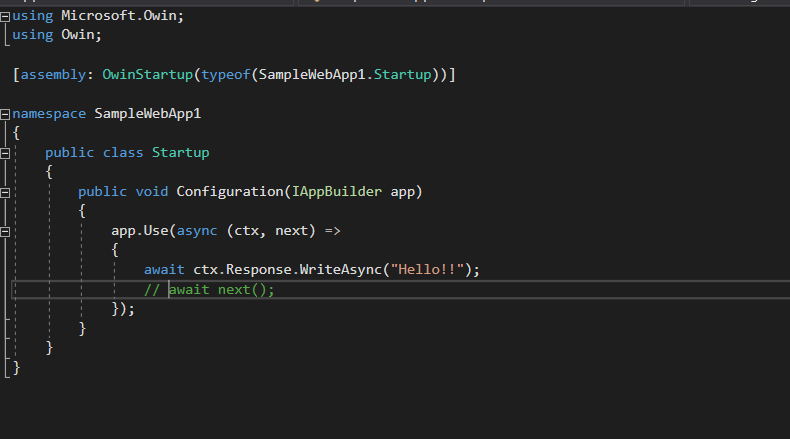 2. Creating a self hosted WebApp and OWIN component:

That’s all for now.