We all have some idea what AI is. The whole internet seems to be burning up with new stories about AI. Unfortunately, most people have no idea what is hype, and what is actually true. We have seen films where computers and robots run amuck and kill everybody. Others, where everything is done for us and we live in a utopia. (until they run amuck and kill everybody!). In this article, we are going to try to discern the facts from the fiction.

As soon as most people hear the words ‘AI’ they immediately think about lifelike robots who become sentient. In fact, AI ( Artificial Intelligence) encompasses a much larger section of technology than you might think. These include robotics, machine learning, automation, and deep learning.

If you would like a definition, AI refers to any system which is capable of making decisions in certain situations or scenarios. The artificial aspect comes from the fact that the AI must be taught about how it should handle a situation before it can learn to THINK by itself.

AIs have various levels of autonomy. In actual fact, there are very few that would have the decision-making capabilities of the most basic AIs you might see in a film. This is due to the time-intensive requirement of correctly training them. In nearly all cases what businesses and researchers actually use is a cut down version of what you imagine an AI should be.

You do know some very complex AIs that you might never consider to be one! Siri, Alexa, and IBM Watson are all quite complex AIs who can judge and answer questions, operate SMART Home Devices and even play a game of chess.

Will AIs soon replace Us in the WorkPlace?

This is the burning question for many people at the moment. It doesn’t matter if you are a welder or a programmer, people are worried about their jobs! For most of us it is not an immediate worry, but for low-skilled repetitive or predictive jobs there is some likelihood that they will be replaced by an AI or an Automaton. It has been shown in some studies such as one by McKinsey that a lot of predictive jobs and data processing jobs could be better by an AI-based automation. They are looking at all industry sections from agriculture to the hospitality sector and seeing what they can automate.

It should be noted that the higher order thinking positions, jobs that require special training, and creative roles such as artists and musicians are far less likely to be replaced by an AI.

AIs excel in very specific roles. These mainly involve large amounts of data. Having to troll through all this data takes productive humans away from their main roles and using an AI can free them up and increase their productivity. IWe will probably see a massive increase in AI assistants in the coming years. Not surprising as Siri is practically one anyway. People worried about their jobs should think about the fact that there is predicted to be several million people working in the AI industry by 2020.

Can AI Do Everything?

People are at the moment panicking about AI and the effects it will have on the world around us. Remember other technologies which came along and changed the world such as television and the computer. We are still here and not controlled by either movie directors or computer programs.

AI and its various sub-fields are indeed going to make changes in how the world operates. All sorts of industries are going to undergo a revolution, but hopefully for the better for both the worker and the consumer.

Take for example, businesses are developing an AI which by detecting the emotional reaction of a potential customer to an ad or a product can tailor the businesses sales efforts to the preferred interface for the customer. There are already many businesses implementing some sort of AI like this.

The hospitality industry was mentioned earlier. Chatbots are being developed and trained to better take a customer’s requirements and provide a quicker better solution than most humans could provide. They have developed to such a stage that many people cannot tell they are not speaking to an actual person. For example, Spotify has an integrated chatbot, and have used it very successfully since it began.

Of course, online businesses are not the only ones using AI. The medical community has used AI to improve diagnostics. This means they are catching more illnesses and diseases earlier, including several kinds of cancer.

The construction industry is using drones to surveys sites with quicker and more accurate results.

It has even been used to help with the impending food shortages. The AI algorithms are combined with agricultural data to identify the most efficient crop yields.

Is AI Just a Fad?

Even though AI is everywhere you look these days it is not new! The first AI programs were written in the 1950’s. Nearly 7 decades later we are just now starting to get into the technology.

What is driving it so much is that it is not just a bunch of scientists in a lab trying to make a computer think. It is because a massive number of industries are latching on to the new opportunities that AI can bring their own business and developing these themselves. Not just massive corporations either, but small businesses with less than 100 people are trying to build AI features into their business so as not to be left behind.

While AI research and integration is strong worldwide, AI is now a course that is being taught in some Chinese 2nd level schools. There is even talk about a beginner course being taught in national schools.

So What Do We Conclude?

There have been many things over the years that people derided as a fad. Take cars, trains, television and radio, the internet and mobile phones. All of these were fads!! Soon to be forgotten about!

We don’t even realise it, but our lives touch some AI driven process just about every day. In 20 years AI will be so much a part of lives that we won’t be able to imagine life without it. Just like the mobile phones most of us are carrying in our pocket! Where were they 20 years ago?

I remember back in the eighties when my father poo-pooed my oldest sister for learning computer programming. Just a fad he said. Today one employee in five is a computer operator/developer in Dublin. In 20 years that may have switched to AI.

At Greenfinch Technology we are always actively working to keep up with modern technology. In our opinion. to stand still is to fall behind. You can be sure we have no intention of letting that happen to ourselves or to our clients.

If you would like a modern, forward-thinking IT company to help with your custom enterprise software solutions, web or mobile app development, a BPM such as Siskin or any Cloud technologies please feel free to contact us at 01 818 2949 or email us using our contact form. We will help guide you safely through the process of advancing your company beyond your competitors.

Digital Transformation and How to Perform One 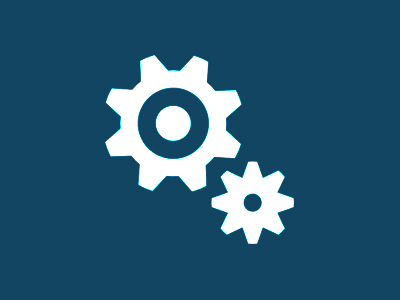